There’s something quite challenging about doing the same task over and over again, and as I took out the stones for 31 prunes, I found my mind wavering.

Like most days, I had a pretty good variety of things to do including mint chutney and char-grilled squid with parsley and chili oil.

Getting to work on my prunes (which had a surprising amount of work in them), I started cooking with determination. 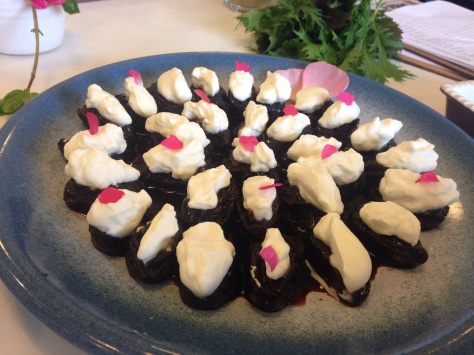 (Imagine me plating all of these)

Time slipped by and eventually I got around to degutting and looking after my squid. 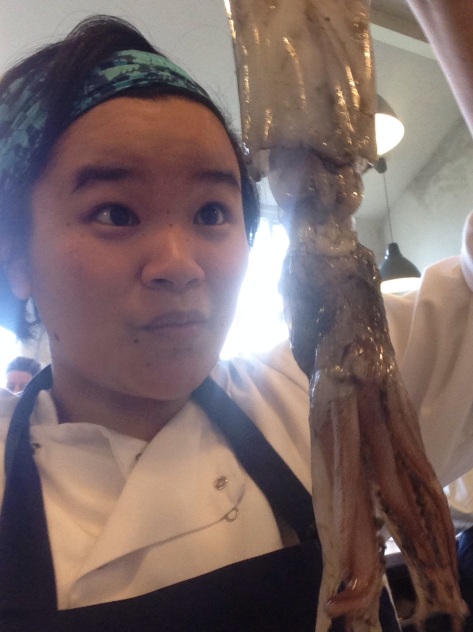 Chef John Desmond was in-house for a guest demonstration today, and it made a nice chance from the norm.

John owns a fascinating cottage on Heir Island, where for few periods of the year he hosts dinners with military precision.

Unlike the classic restaurant, he takes deposit on bookings and himself and his partner Ellmary look after everything. Everything is done in the comfort of his home.

Watching him work was a joy because he had a system going that had a reason behind every move.

Talking about producing certain types of food, he remarked how by just putting effort into presentation and good ingredients, it can be “not expensive, just sophisticated”.

It was so refreshing to get new ideas and new perspectives on the food industry!

By the way, I joined the members of the Lost Knives Club today – my palette knife has gone for a wander around the school so I’ll have to keep an eye out.

Tomorrow will be an interesting one as we’ll be cooking dishes that we haven’t seen demonstrated before! Wish me luck?

Some random things that I’ve learned:

One thought on “Ballymaloe Day 64: Not expensive, just sophisticated”