If you happened to be in the Cork city, Cloyne and Midleton area today you may have heard two rather enthusiastic ladies belting their hearts out to Avril Lavigne (and for that, we apologise).

After yesterday’s blog, I got a rather lovely surprise from food writer and homecook hero Donal Skehan, who said he had mentioned this very blog in the Irish Independent.

Completely taken aback I hopped onto my bike and cycled as fast as I could to the local in Shanagarry where there was one copy left (I never thought there was such thing as cycle range but I definitely discovered it yesterday).

With a sudden burst of pride and energy, I challenged myself to joint a chicken solo – And with a very sharp filleting knife in hand I wedged my blade between the flesh and shimmied it around the carcass.

The result thankfully didn’t look too botched and I popped it into the oven to munch on for a night feast.

But back to the present! Today, and in an attempt not to turn into a couch potato, myself and Sophie made our way to the city.

For those who don’t know, Cork is known as the Rebel County, and we often joke about how Corkonians have this kind-of mentality:

Marvelling at the noticeable increase in human life – seriously, Ballymaloe makes you feel like a hermit – I met up with a good friend of mine, Dave Molloy, who I used to work with at WorldIrish.

Sprinklings of rain fell from the sky and sadly the English Market wasn’t open on Sunday so we comforted ourselves with a tipple at the pub next door – Mutton Lane. 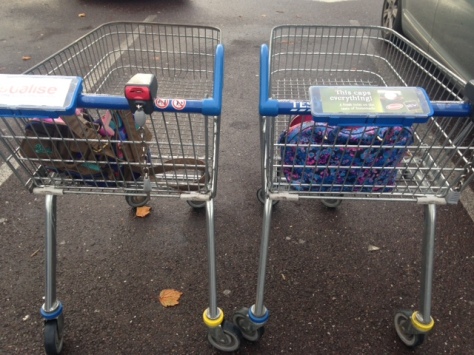 Come 5pm, the Ballymaloe Bubble began to call us home and myself and Sophie bid adieu to our friends and headed back to campus.

Blaring Beyoncé, David Guetta, Lady Gaga and Imagine Dragons out the window, the contrast between urban and extreme rural life must’ve been quite the sight! 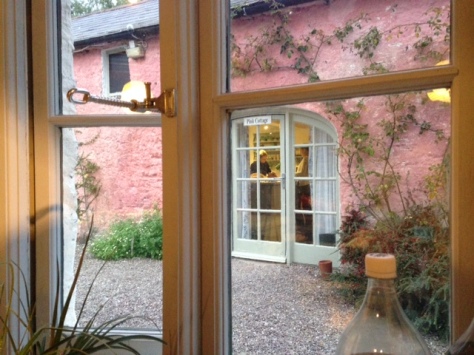 (Back on campus looking out to the Pink Cottage)

We’re drifting back into the kitchens again tomorrow where I’ll be rustling up an Irish traditional salad (who knew?), glazed carrots, rustic potatoes, brown soda bread and mangoes with lime syrup.