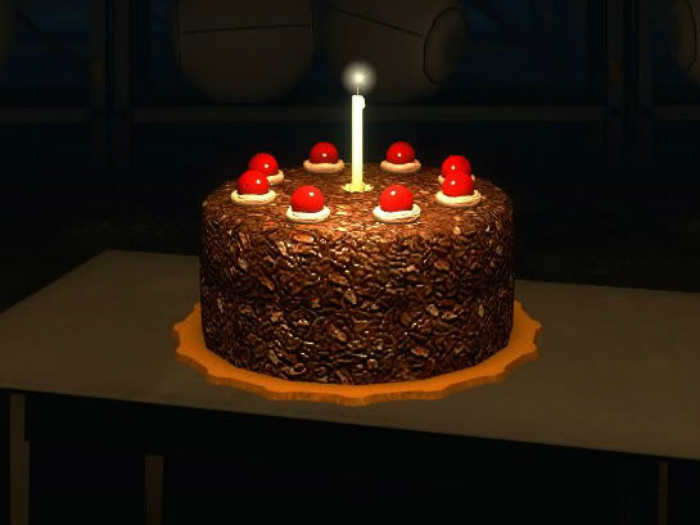 Fans of the video game Portal are certain to get this reference! The promise of a delicious slice of cake by the game’s antagonist GLaDOS is first introduced in the original game.

An incentive for Chell to pass through the robot’s test chambers, the famous cake has sparked numerous memes (Though hearing “the cake is a lie!” can get quite exhausting).

It can finally be seen at the end of Portal in a room surrounded by Personality Cores and the adorable Companion Cube.

Not only that, but the game actually gives you the recipe for the cake (which is along the lines of a black forest gateau). It can be found on several computer screens and the Intelligence Core will recite the recipe during the battle with GLaDOS.

On a whim, I attempted to make the cake and it came out very moist but the biggest trouble I had was making sure it didn’t collapse on me and also sourcing a perfectly white candle was tricky! [Once I’ve perfected the recipe, it’s bound to be on site, so keep an eye out on my Facebook page for updates (Though it may take many trial and errors)]