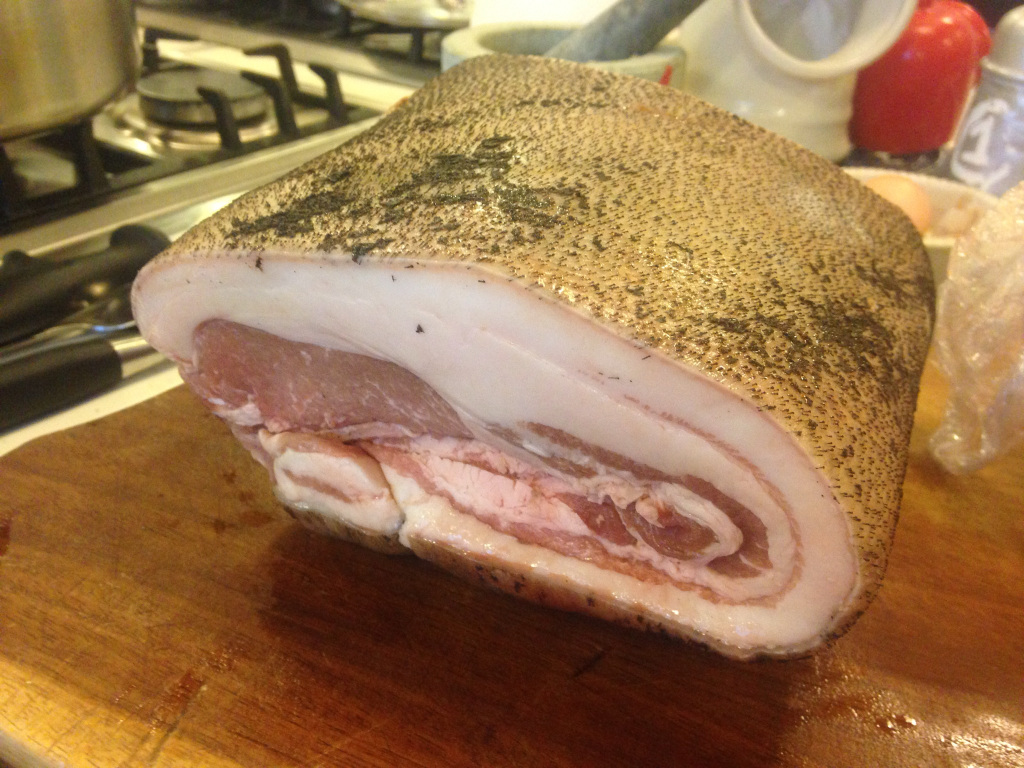 I stuck the spoon into my mouth, left it dangling and continued chopping onions. There was a method to this madness!

Today officially marked the end of week 10 here at Ballymaloe, and I woke up this morning with the Friday feeling swinging around my insides.

I mentioned yesterday that we were demoed pork belly and crackling, which meant that we students had to cook it in the following morning i.e. the belly was mine.

Getting to work on my glorious and delicious piece of organic meat, I eyed up the gorgeous flesh and immediately couldn’t wait to tuck into it.

With the pork in the oven sizzling away, I got started on my Mediterranean fish soup with rouille. On our recipe notes, it remarks how the soup is neither quick nor easy and that pretty much describes it in a nutshell.

This isn’t just any cook-it-up-and-put-it-in-a-blender soup, it’s probably the most labour-intensive soup I’ve ever done in my life.

Armed with a butcher’s cleaver, the first part involved me bashing fish with brute force, then chopping bits into chunks and putting them on to cook. The next part got more tedious when I had to pre-brown bits of bread in the oven to crisp up.

The third element of my dish involved me picking out all the mussels and cockles and removing them from their shells so that I could eventually pass things through a mouli. For those who don’t know, a mouli is like a giant grater that’s hand operated and looks like a BEAST of equipment (You churn all the stuff inside and everything goes through the sieve).

Now, me being a short person, meant that I was on my tippy-toes trying to work this thing and get it through, and with the help of my partner, Jim, we suffered on.

But that wasn’t the end – oh no! I had yet to make the rouille, the accompanying sauce for the soup. The rouille couldn’t be made until the soup was made, because you had to dip the bread in it to soak up the flavour and mix with other ingredients to a paste. Phew.

My belly of pork continued to crisp up, and eventually one of my pieces was ready to come out of oven.

Into the dining room for a top-up of lunch, I saw weary faces sitting around me and totally understood where they were coming from (By the way, who was sitting opposite me but athletics champion Derval O’Rourke).

Demo began and we had the wonderful Rachel as our host. There are many foods that make me go “ooh” and one of them is tuna.

Searing it on the outside and leaving it lovely and raw on the inside, I marvelled again at the ingredients that we get to use in Ballymaloe (guess who gets to cook it on Monday).

The weekend beckons and my bed awaits. Next Wednesday morning we have our wine exam so don’t be surprised if I through more wine facts at you!

EDIT: I completely forgot to mention the spoon the mouth thing that I talked about at the start of the post. Basically, when I chop onions, I tend to burst into tears, so Tracie said that I should pop a cold spoon into my mouth while I’m doing it. Success, no crying – though I looked a bit silly, I’m happy to find a method that works.

Some cheeses worth tasting if you haven’t already: 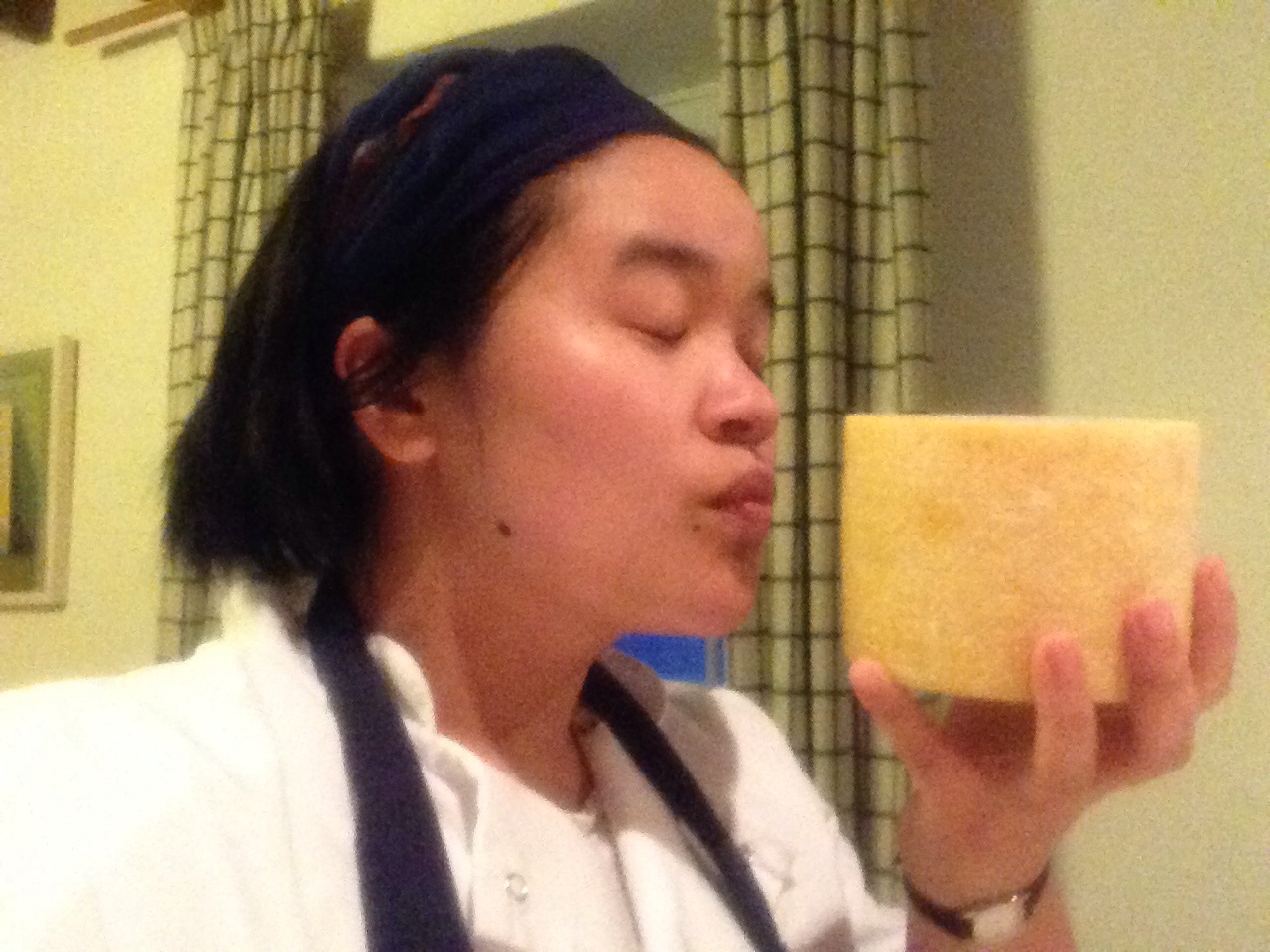 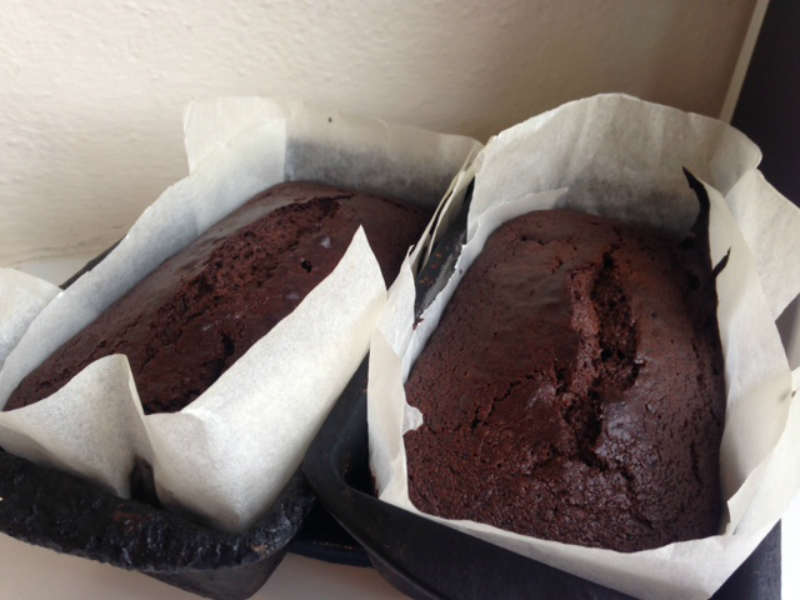