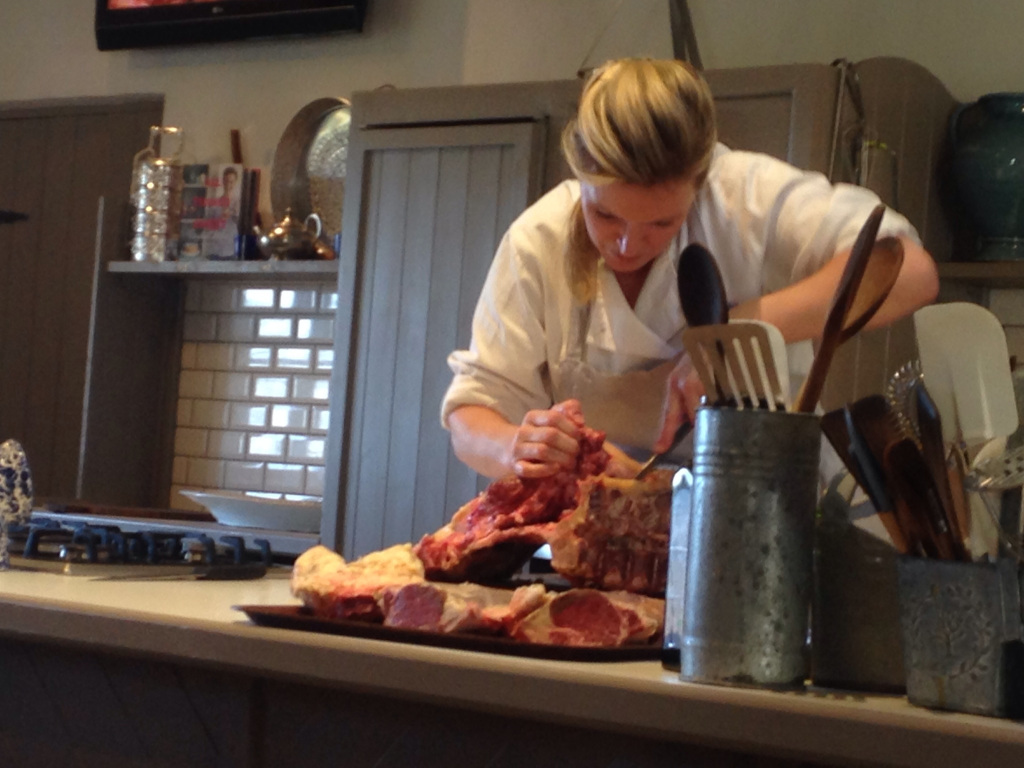 My hands moved up and down dimpling the dough, it looked like the most uncomfortable back massage ever invented.

After yet another dodgy sleep, I woke up with a tired and drained feeling. Almost forgetting my knives (again), I headed into the kitchen for a busy day of cooking.

As an extra task, I added focaccia to my list of things to-do and got to work on a rather squidgy dough.

Leaving it to rise, I started on my dessert which was very similar to a panna cotta but with yoghurt and cream that was flavoured with cardamom.

Waiting around for my bread, as well as spending a lot of time deep-frying batches of pakoras (Indian deep-fried vegetables), I was glad to see lunchtime come around.

Despite all the hanging around, I was proud of my focaccia baby (though he could’ve done with a bit more olive oil) and I brought him home to the Coach House for a rest before we dissected him.

Demo was all about butchering beef and cooking “shteak” (as we Kerry-folk like to call them), and I was excited straight away about tasting.

Like a pro, Rachel took apart the beef loin into the sirloin, fillet and flank. The beef had been hanging since the 15th September and I had a feeling that it would taste pretty awesome.

Serving up generous cuts of meat from blue to well-done, the sizzling noises and smells were astonishing.

Accompanying the steak were chips and béarnaise sauce, and as I lashed into my sliver I savoured the taste of well-hung meat (I’m a fan of the blue I must say).

This week we’ve only three days in the kitchen so we’ll have two days of learning until Friday. Phew. 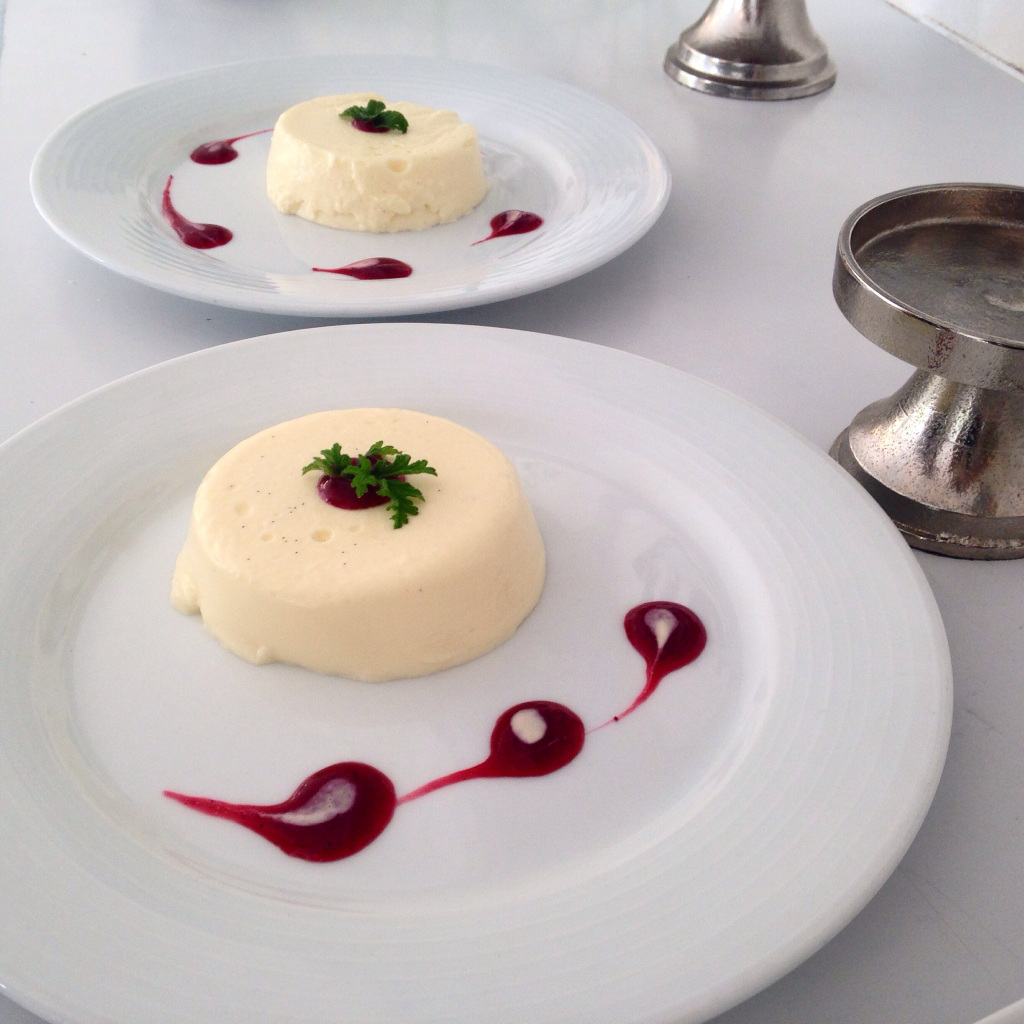 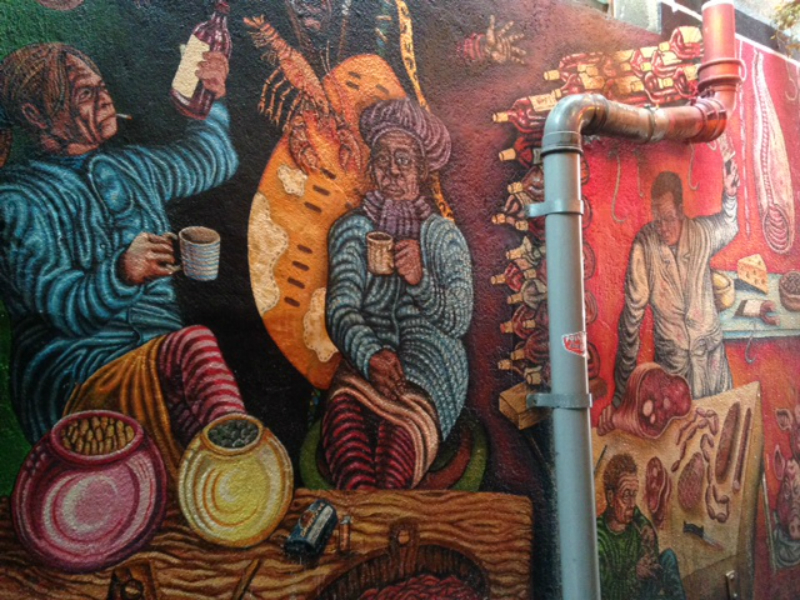