Skip to Content
Home Uncategorized Ballymaloe Day 4: “It’s a moment in a glass” 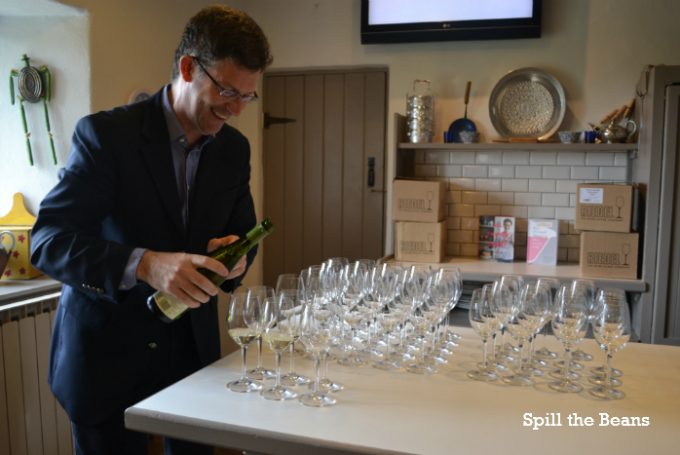 I realised that everyday some kind-of randomness happens here at Ballymaloe.

I had an early start today and got up at 7am to head off to our optional gardening class. About 14 of us trudged around the gardens with Tim, Darina’s husband, and we learned more about the many plants he had growing on the 100-acre grounds.

Brushing off the soil from our boots and hands, we headed into the demo room where we were to learn all about cheese, wine, fire safety and the principles of food safety.

Sadly, Darina was away for the morning so we had stand-in talk from Pam, one of our teachers.

Pam studied at Ballymaloe, so it was really nice to know that she knew exactly what we were going through – information overload. Swiftly and with skill she made a lovely red currant jelly along with cheese crackers and brought us through some of the Irish farmhouse cheeses.

Then, and much to my excitement, Colm McCan (not the author!), was taking us for a wine lecture.

For those who don’t know, Colm is a top-class Sommelier and has worked at Ballymaloe House for many years – he’s now their consulting expert on wine.

I’m pretty much clueless about wine (barely being able to distinguish red from white – I JOKE), so I really was curious about this lecture.

Colm is so passionate about wine and what’s great about him is that he doesn’t present himself as a wine snob. He speaks about the drink in an everyman manner and made me feel like I was actually able to understand wine someday.

As he says, drinking wine is “a moment in a glass”.

We tasted four wines throughout the demo including one non-alcoholic – and it was a truly fascinating experience.

The Chablis was very crisp and fresh, perfect for seafood and tasted exactly like what the Burren would taste like if it was bottled (trust me) And the Rustenberg Stellenbosch from South Africa had a gorgeous oak and toasty flavour – definitely good with blue cheese. I’ve never used my nostrils so much.

We also tasted a Chauvée Marine, a blend of three grapes which was quite lovely.

The rest of the afternoon was pretty much heavy-theory focused so I won’t go into details here. BUT, did you know that people can be natural carriers of salmonella? And if you are a natural carrier you can never work in a kitchen – in fact it’s incredibly irresponsible to take on a food position.

You thought I forgot about the duck didn’t you? Back to the present!

Like I said before, things at Ballymaloe can be rather random and this evening Darina came sauntering through our courtyard with dead fresh mallards hanging from her arms.

As you can see, I was handed one and was given the task at plucking the feathers and down from its tummy. It was rather bizarre but with the help of a fellow student, Oscar, we managed to do our best to declutter his tummy! (We called him Sir Barn McCoachy Barn – don’t ask).

We’re back in the kitchen tomorrow where I’ll be making Brown Bread, Raspberry Jam and Spagetti and Courgettes.

Some things I learned today: 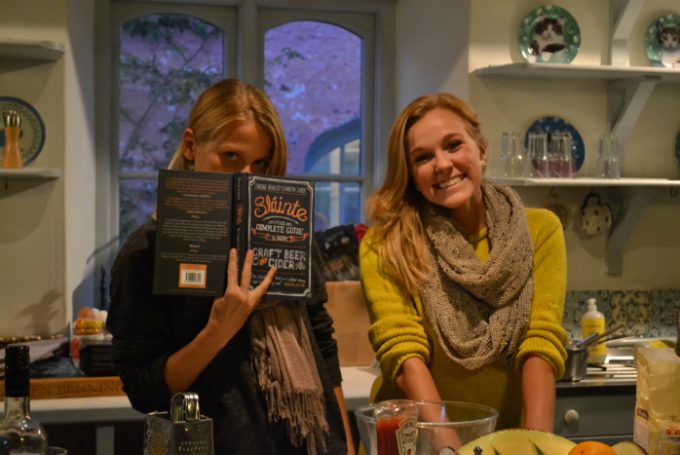 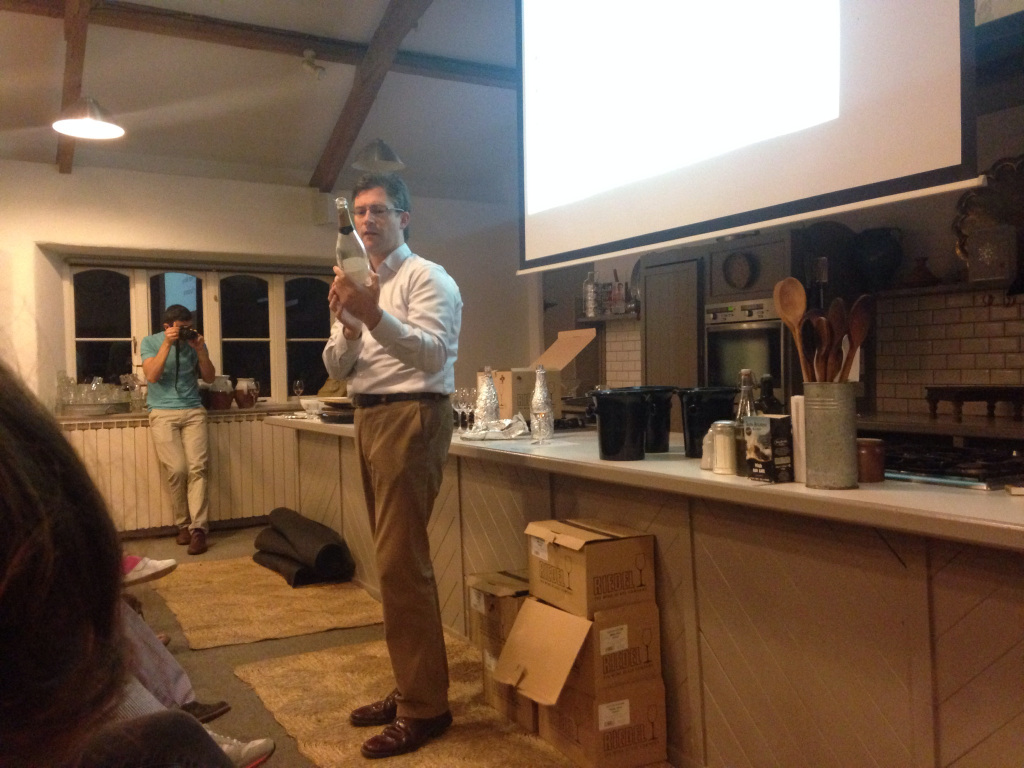 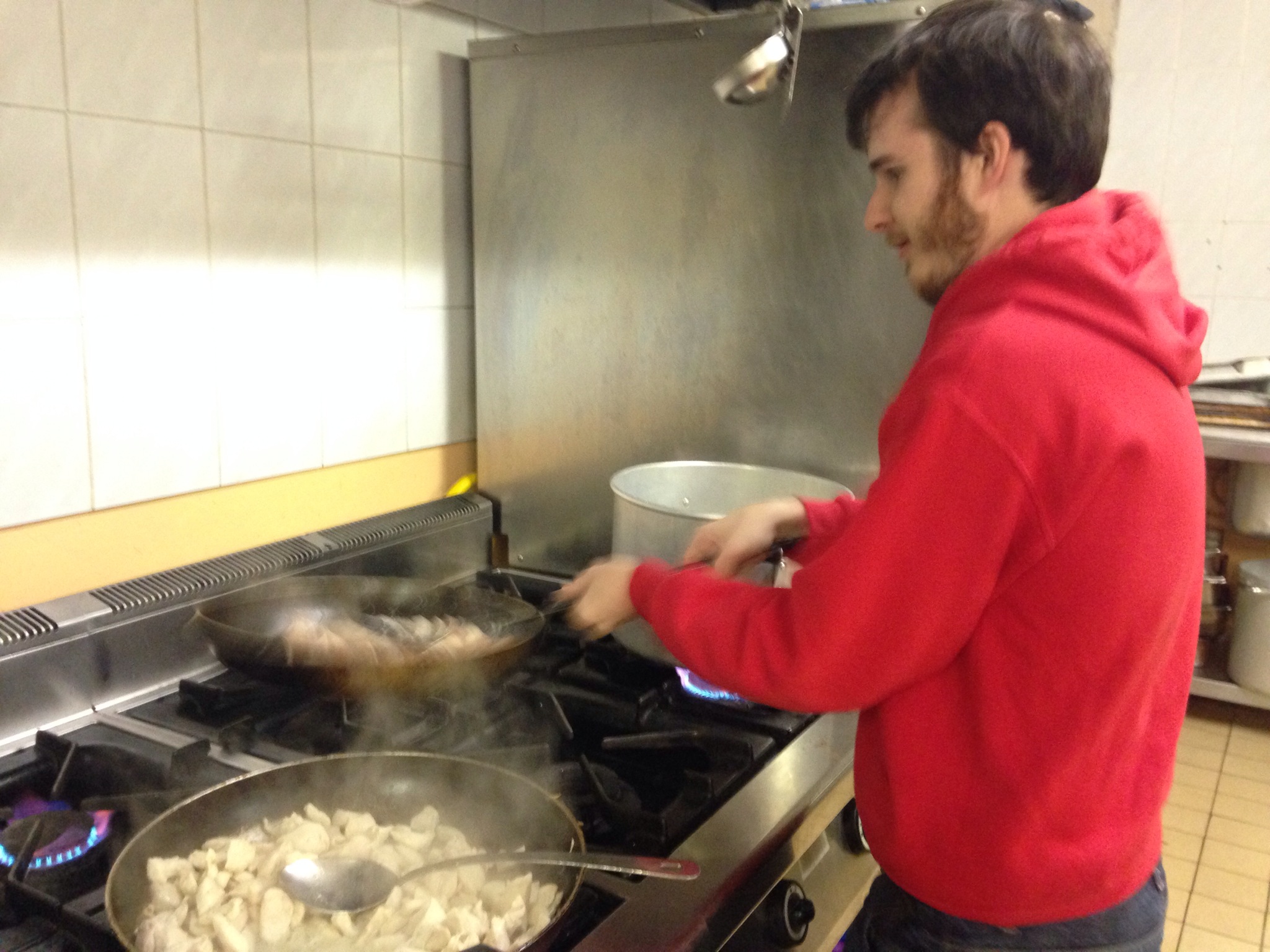